In Almost Every Picture

Where About Now Hi Erik, where are you today?

Erik Kessels Hi! I´m in Amsterdam. I travel quite a bit but I´m always happy to return to Amsterdam.

WAN You´ve just released the 17th issue of your vernacular photobook series, In Almost Every Picture. Tell us more about how it started.

EK The first one I did was in 2001. I found around 400 positive slides in Barcelona. They were of a woman photographed by her husband over the course of approximately 12 years. It was striking to me because all the photos were just of her, except for a few with just a mountain in them. That's why I decided to call it In Almost Every Picture. When I made the first book, my intention was to find a sequence of images taken by amateurs, where often they don't even know that they have created a beautiful narrative.

WAN Where do you usually find the images?

EK I mostly find them in flea markets. Often when you find something like the images in the first book, I do some research to find out if these people are still alive. In many cases, they are not. If a family has no children and they both pass away, their stuff often ends up at a market after people have cleared out their house. With the first book, I edited the pictures in order of their travels and time. In the beginning, the photographs of this woman are very close up and towards the end, you see her getting smaller. It's almost like a flip book where she becomes smaller and smaller throughout the 12 years.

WAN Do you find any other information on the people when you're researching or is it just the visual material?

EK After I made the first publication, I returned to Barcelona. There was quite a lot of press about it because people thought it was weird that a man from Holland made a book about a woman from Barcelona, and then returned to see if she was still alive. They called her Señora X in the news. Two weeks later, a very old woman arrived at the gallery where I was showing the book and she said she knew the woman, and that they worked together at a telephone company. The woman in the picture was called Josefina Iglesias and she had died several years before. Recently, her husband died.

WAN Do you still have contact with any of the people from the photos?

EK In a few cases, I stay in touch with them. For instance, the 7th book is of a woman who is always shooting at a fun fair. Once a year, there is a fun fair in her home town, in Holland. When she shoots with the rifle and hits the bullseye, it triggers the shutter of a camera, and it takes a photo. It's like a selfie. She first did it when she was 16, in 1936. This month, she will be 101 years old, and she's still shooting. I made another edition of this book with more pictures of her shooting at the funfair, and it's always growing. She lives in an elderly home and I visit her sometimes.

WAN It's quite an intimate process. Do you find you develop an attachment to the subjects in the photos?

EK I build a relationship with the story in a way, but not so much with the people. In the case of this woman at the funfair, that's a special relationship. When I find the images and I don't know who they are, I get attached more to the narrative. I fall in love with the story in a way. I'm not a family member so I have more distance towards the personal information on the images. You often see that when there's a photographer and someone else who does the edits, the outcome is better than when the photographer has edited the images himself, because there is more distance. Because I have this distance, I can kind of reappropriate them into a new thing. There is another book, the 9th one, which is about a family who is fighting against one of the biggest mysteries in photography, and that is how to shoot a black dog! They have a polaroid camera and they try constantly to take pictures of their black dog but the film is not prepared for such intense blacks and such intense whites. In the hundreds of images they took, you don't even see the dog´s eyes. It's like one big black phantom. Towards the end of the book, however, they start to fiddle with the camera and suddenly you have a completely over-exposed image of the dog. In my narrative, I explain that they probably got so frustrated that they started to overexpose it. It could also be that the camera could have gone wrong and by coincidence, it's the only time you see the dog.

WAN I find it fascinating that with a lot of your subjects, like the Italian couple, Carlo and Luciana, who photograph each other on holidays, that these people never asked anyone to take a photo of the two of them together.

EK This is a phenomenon you often see in family albums. Especially when the children are out of the house and a couple go on holiday again without the children. Oftentimes, there is nobody else around to take the picture. In the case of Carlo and Luciana, there is only one image that I have where they appear together, and it's not in the book.

EK I made a special vinyl postcard edition of that image. When you play it on your record player, you can hear Carlo talking about their travels.

WAN With the obsessive photographing of the partner, the counterpart becomes more visible. It has almost a couple-therapeutic character.

EK With Carlo and Luciana, the most interesting and weird thing is that, in the beginning, there are around 30 black and white images of them travelling. They´re from the moment when they met each other, got married and started travelling. Then there's a break from the photos when they start their working life. Carlo was an accountant and Luciano became a secretary, and for that time period, there are only white pages in the book, because for 40 years they did not travel during their working lives.You go through those white pages in the book, and then you see colour photos from after they retired and started travelling again.

WAN Do you know anything about the destinations they travelled to?

EK In the beginning, they mostly travelled throughout Italy. Later, as flights became more accessible, you see them travelling to Eastern Europe, Egypt, and American. After they retired, they really toured all over the world. I got these photos from their neighbour. He had a print shop where they would bring their rolls of film and he would print them. He always had good contact with them. First, Luciana died and a few years ago Carlo died.

WAN Travelling seems to be a returning theme in almost all of the images you use.

EK Yes, sometimes metaphorical traveling and often literal travelling. The 2nd book has a special story. I found around 700 images of a taxi driver from Holland. He always drove a woman around, in his taxi, to a few European countries. From Holland, he would take her to Germany, Austria and Switzerland, for four or five days. These images were remarkable because he always stepped out of his Mercedes taxi, to take a picture of it. I found it very weird that there were 700 images of this taxi, but then I found out that in all the images, the woman is sitting in the taxi. There is just one image of the taxi driver standing outside the car. The woman took it from inside the taxi. I did some research and discovered that the woman was handicapped. The taxi driver probably had her wheelchair in the back of the car but couldn't take it out each time he was taking a picture of her. So, he would park the car in a very touristic or beautiful place, and she would be in the picture but always in the car. It's a beautiful story, like a short film.

WAN A beautiful story indeed! Do you have any summer travel plans?

EK Yes. These days, I quite like going to Eastern Europe. I like to go to the markets there and find images. Romania is a nice country to travel through. You don't have to book anything. You can just go with the flow and you´ll always find a place to stay at the end of the day. 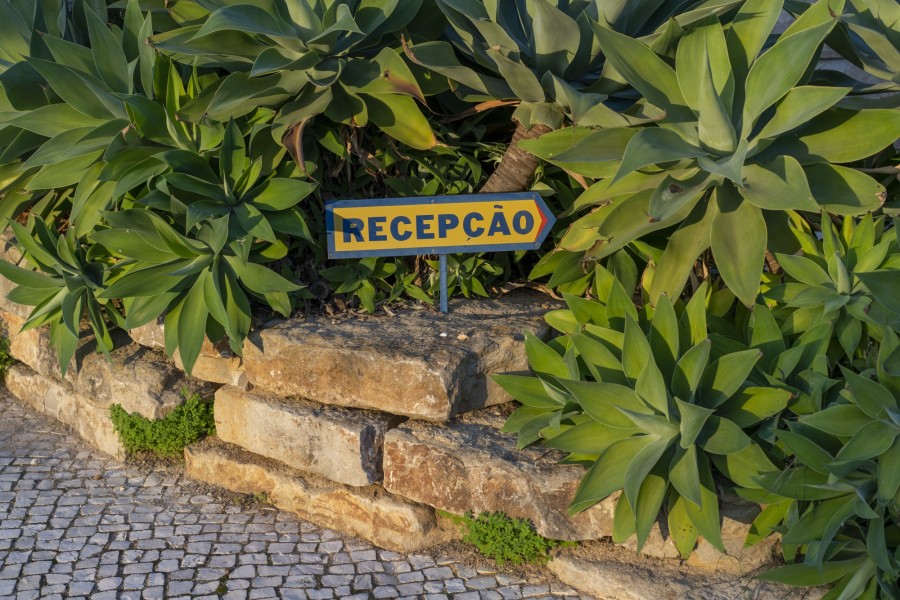 Announcing the opening of our art guesthouse 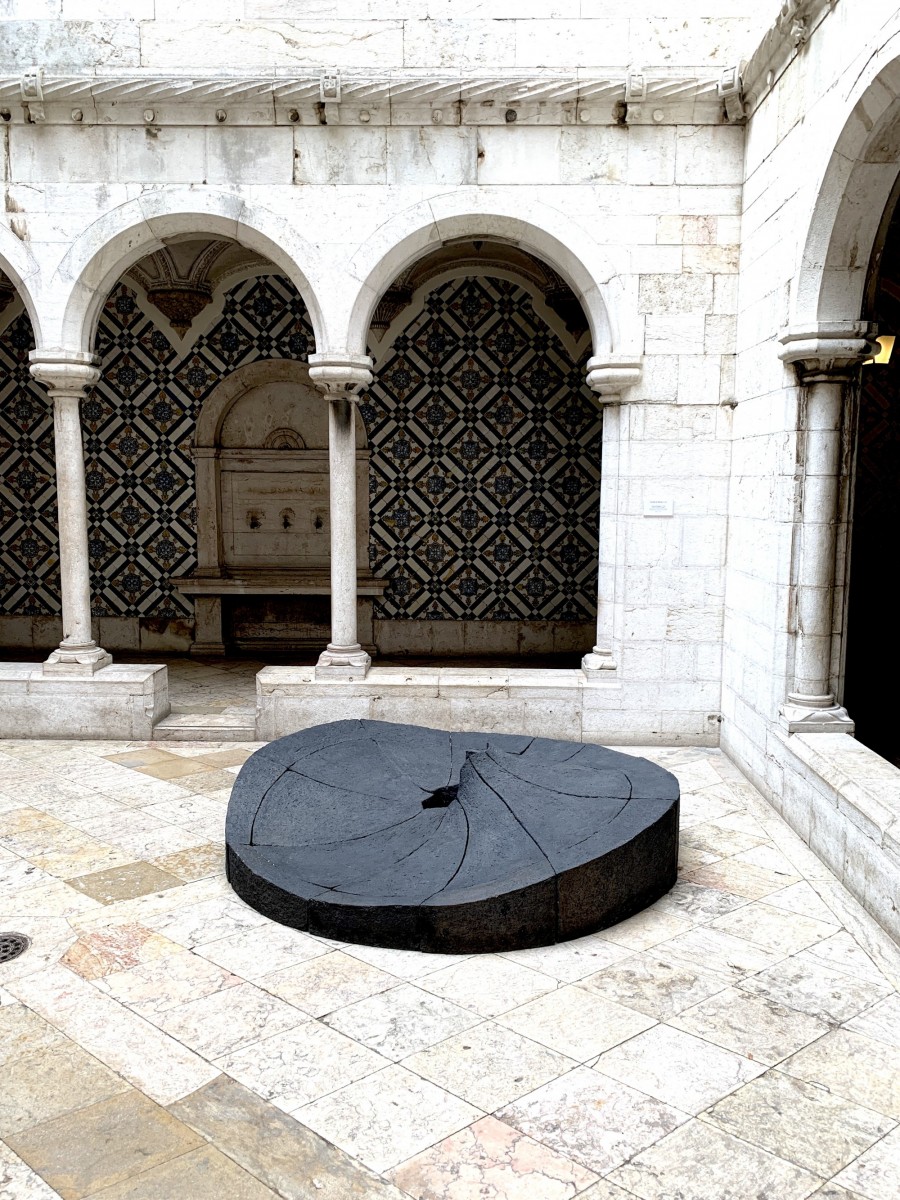