Kypseli: The Doors of Passing Time

Front doors as sculpture and frame

Kypseli: The Doors of Passing Time

From the bridge of my ship, the Mediterranean Sea seems like huge piece of blue marble. The islands of Greece are a delicate grey pattern. The rest of the universe, the sky and the sun, is all white. What a strange simplicity. Where can we find a more graphic and cosmic world at the same time?

From here, it's possible to understand the simple graphic designs of the first Greek artists, their need for geometry—to imagine why they have seen so many beautiful gods in their dreams and fears. It is almost as if they simply needed a kind of fantasy and complexity in this minimalist universe of light and colour.

Along the coast, the white town of Pireaus slowly eats away at the hills in a long and difficult digestion. Like a terrifying alien, she moves, ramping further and further… till Athens, only seven kilometres from the big harbour. There, only the Acropolis doesn't seem edible for the beast. The antique temple is too old a leftover, too big a bone to be eaten. The town doesn't want it and she just turns her back, moves away, and vomits at some point.

This is why hotels, bars, restaurants, and tourist shops take up more and more streets and corners year after year. This ugly secretion that imposes fake music and hovering smells. Even the light is a sickly mix of white LED, yellow candles, and red neon. Is the world going crazy at the foot of the Acropolis? Probably, but the heart of Athens stopped beating here many years ago.

And suddenly, the town comes to a halt and becomes different. Shadows and darkness still preside, but in a different mood. It diffuses a different light—the light of Kypseli.

On sidewalk after sidewalk, this formerly fashionable borough imposes an elegance and calm, despite being one of the densest of Athens—and one of the oldest, too. Here, every street blows a very different breeze. A certain decline plays with souvenirs much more than with indifference.

For more than fifty years, Kypseli was a modernist, creative borough thanks to a new upper middle class, which has since abandoned the neighbourhood. A simple stroll on the sidewalks and under the shadows of playful orange trees is enough to give a great and moving seminar in art, social history, and architecture.

In the 1930s, Kypseli was Athens’ newest neighbourhood. Wealthy families came to invest modernist family houses of two or three stories, not more, influenced by the French architect Le Corbusier and by Walter Gropius and the Bauhaus movement. Kypseli became an example of good urbanism and architecture. The über-icons of Modernism.

In the fifties, sixties, and seventies, Kypseli was a bourgeois borough, famous for its nightlife and great choice of bars, cinemas, restaurants, and nightclubs. The best architects of Athens built new fashionable properties for doctors, lawyers, professors, and successful entrepreneurs. The spirit of creativity and fantasy was alive. Kypseli glowed with joy and comfort.

Then with the turn of the new economic era in the 1980s, due to the capricious white beast of Athens, Kypseli lost its power of attraction. It became too enclosed in the dusty centre of town, and high society homes and buildings were abandoned by their rich occupants for neighbourhoods in the north of town, for air and greenery. Much more quickly than everywhere else, Kypseli met a rapid period of decline. Vacant buildings were occupied by a wave of immigration from the Middle East and Africa. And so, after being a creative district for nearly fifty years, it became one of the most multicultural.

Front doors as sculpture and frame

What is left today of the lustre of its previous era, in this neighbourhood that was abandoned so quickly by those who constructed it? A few facades masked by the tarnish of time, by inevitable decay, or by unruly vegetation.

Appreciation calls for a bit of contortion—twists and bends and a few steps back to take in tubular balconies, hublot windows, geometric or floral friezes, angular copper gutters, and contoured rooftops. And yet, it all comes to light quite quickly before our eyes in the form of our own reflection offered to us like a wink of seduction framed in the gleaming front door of a residential building.

A door with a carved wooden handle, then a second with a light outline in metal, a third across the street mingling yellow and pink copper, four, five, six in the same street with different colours, materials, and shapes and almost as many in the next… All of the creativity of Kypseli is definitely here, in the front doors of these forgotten buildings, now modest and scratched.

The originality and the quality of their craftsmanship continue to reflect an image of a neighbourhood that is very much alive. These doors, half sculpture, half frame, and almost untouched since birth, line the streets like original artworks today. Through them, we rediscover the talents of metalworkers, glassblowers, and woodworkers from the 1920s till the 1980s.

Some prefer the squares of the thirties, some the rectangles of the fifties, some the triangles of the eighties, and others, snubbing the hard edges, offer the curves of the forties or the seventies, all sharing a love of detail and a good day’s work, a passion for colours and beautiful materials, and accordingly, a fervour for form, transparency, and mirrors.

The doors of Kypseli are witnesses of flair and scrupulous taste. Made to last, they defy the passing of time with their perfect alignment, steadily sounding their daily clicks and clacks with unchanging intonation. It is the music of savoir-faire, the score of good craftsmanship, precise structures, and time-tested architecture.

The doors pay tribute to a brilliant past. Thanks to humble but well-forged copper handles, vintage brass doorknobs, aluminium or iron structures, wood and ceramic frames or even bronze accents, the modern spirit of Kypseli is still alive. Much more than the crumbs of passing time, they are an expression of pride.

All these old insignificant details experienced so many comings and goings of so many people, so many hands, elbows, shoulders, even feet...

Inhabitants today take care of the doors—maybe because each of these patinated pieces of metal was made with honesty, with a virtuosic quality that imposes its beauty. Like a sculpture? Maybe. Like a japanese Mingei object, made by unknown but not ordinary woodworkers and metalsmiths to be used, used, and used, again and again? Perhaps, even though their style and the light of the Mediterranean sky of Athens are very far away from Japan. Their skills are similar. Workers and inhabitants of Kypseli feel it.

The perfect hues of the well-used locks, details, and simple elegance of all those front doors are instructive enough to be remarkable. And this is why the doors of this neighbourhood are like an open book about Greek modern fantasy and creativity. All the beauty and the history of Kypseli stand out through these pieces of noble materials. “Living is in the details,” said the great American architect and designer John Kapel. As do the doors of Kypseli.

The area has been described as “an anthology of 20th century architecture,” by professor and architect Eleni Partaliou. These brushed steel handles, hammered bars, well-manufactured locks, and symmetrical structures are major and unexpected testaments to this. Like Palm Springs in the desert of California, Kypseli can be seen as a Mecca of early and mid-century design under the Athens sun. But without the status of an iconic piece, it is an accidental outdoor museum. This is why Kypseli is still free, still young, still unknown, and yet, still full of promise and future, ready for rebirth. 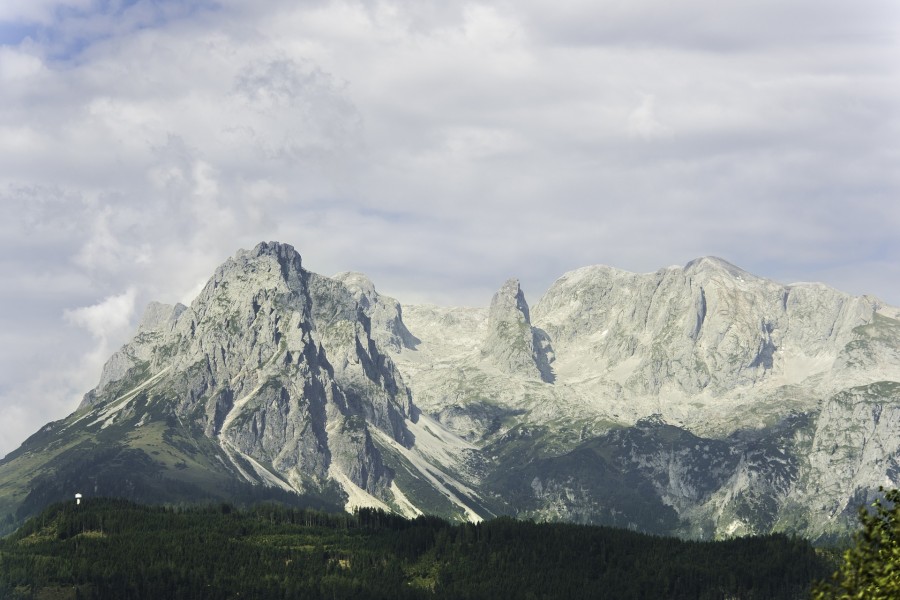 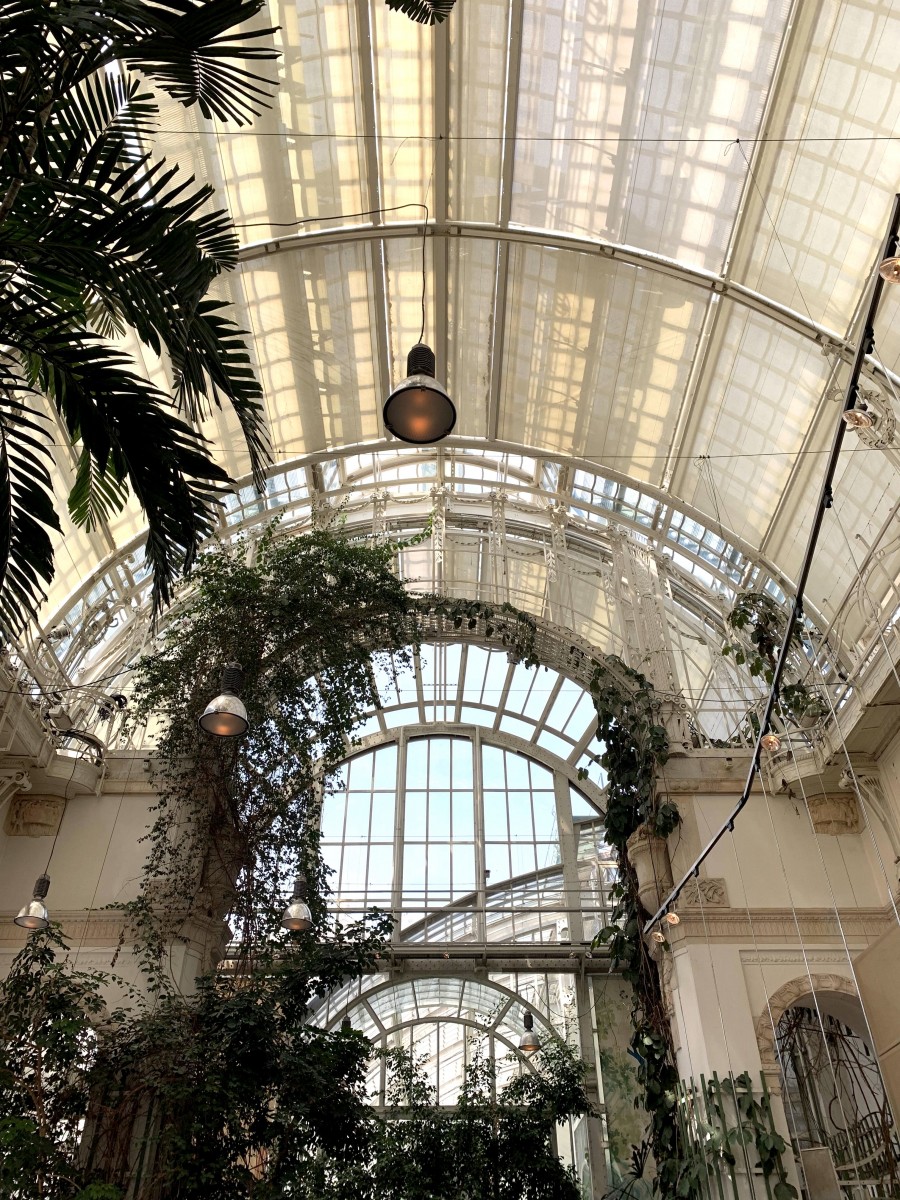