An interview with the Austrian artist Sophie Gogl

Sophie Gogl: I’m in my studio where I spend a lot of time these days.

WAN: Where would you rather be?

SG: Nowhere. I love being in my studio here in my hometown in the Alps.

WAN: I’d like to start by discussing your solo show Storno which was on view this summer at the Museum for Applied Arts Vienna (MAK). Can you tell us how you conceived the show?

SG: In the beginning of the pandemic I was very blocked until I got the email from MAK where they stated they wanted to show young artists and give them a platform to show their work during these difficult times. They assumed, and they were right, that a lot of opportunities and exhibitions were cancelled because of Covid so they had an open call where you could write a draft for an exhibition concept concerning sustainability. That’s when I first considered this whole airport situation and wrote the concept about it. I was really happy because that’s when I started using my brain for working stuff and not so much for worrying stuff during the lockdown. And I haven’t stopped working since then. I think this was in May and I haven’t been out of the studio for more than a week since then.

WAN: So you’re working more since Covid than before?

SG: Yeah, but I know this is not the case for everyone.

WAN: It seems like the art market continues unaffected by the pandemic.

SG: Well, yeah, an exhibition is not like a rave or a concert. Art is still very much experienceable. You can still go to museums with a mask and it’s fine. Of course, artists with day jobs are very much affected but it seems like the art market goes on.

WAN: So how did the idea with the suitcases come to be for your show Storno?

SG: Well, the suitcases were everywhere. I kept busy because you know the whole idea of busyness and getting things done is very important in a capitalist society and it was still very much there during lockdown: you have to achieve something, do something, clean something. I really tried to get rid of stuff I didn’t need anymore, and as I cleaned out my place I realized there were so many trolleys. I was just like these are so unnecessary right now and they are taking up so much space. I started thinking about the object of the suitcase and how it’s changed over time. It’s so significant to what is really wrong right now - that you have so many suitcases, they are so cheap and not sustainably produced and break so easily. Disposable goods. When you take the suitcase as an object away from its purpose, it’s a perfect sculpture - it has so much body and history, and felt like something I could make my own. I could remodel it and give it a new meaning.

WAN: I think you accomplished that with the works. They become carriers for different pieces like ferns, human hair and earth. So was your approach to each piece more instinctual or conceptual?

SG: Very much instinctual. Very intuitive. I had a lot of… ingredients, let’s call them ingredients. When I paint I’m not very intuitive. Everything is very much planned beforehand which isn’t so nice for me because the process of creating is so strict. For another show I made some objects with glass containers and I thought I could do something similar but with suitcases. I didn’t know if it would work because they are not transparent. The glass containers were actually kitchenware and I like that in the gallery space you don’t see that, they get lost in translation. But with the suitcases they very much remain suitcases. From the time when I got the confirmation up to the opening there were only 4 weeks, so I was very caught up in the process of production and not thinking so much. That led to a lot of different connotations next to this airport story.

SG: Well, there is actually a lot of content about femicide which I didn't think about at all during the process. There is one suitcase with humus in it which is the only organic thing in the whole exhibition - the mushrooms and plants are all artificial. There is one suitcase where a bright pink bikini is buried in the earth which has a very morbid touch to it. But I just randomly put them together but then it ended up looking like a grave or a crime scene.

WAN: To me, the whole exhibition seemed quite post-apocalyptic, especially in regards to the pandemic, because you have this kind of ghost of travel with the suitcases and the metal detector.

SG: The metal detector is actually a replica, it’s made of wood and I painted it. To me, it’s a painted sculpture. This is a significant piece because I wanted it to be clear that this is an airport situation. It’s also such a weird, cool object. I originally wanted to use a real one but it’s impossible to borrow one and to buy one it’s ridiculously expensive. So I thought, you’re an artist, just make one. So I produced it myself with help from a carpenter and it’s such a big, heavy object. It’s stupid actually, which I really like. Also, it doesn’t function as a metal detector. So for me, that’s the ultimate luxury good because it’s so useless.

WAN: So, when you conceived the show were you missing travel?

SG: Actually, I haven’t flown since 2017. I’ve travelled to Berlin and Switzerland and Paris but I did everything by train. Traveling really stresses me out. I traveled a lot when I was younger, I thought this was the ultimate act of freedom. My father is from Turkey so I’ve been there a lot and also to Barcelona when I was 16 which was mind-changing. I had the opposite of homesickness, what would that be? Wanderlust? But I realized for myself that I’m not a traveler. I still have to travel for work but it’s hard for me to go somewhere to relax. Like you work hard and save money and then go somewhere to the beach and say ok now I can relax. It just gives me anxiety to feel the urge to go somewhere and instantly relax.

WAN: So you’re more of a routine person?

SG: Well, now I’m in my hometown in the Alps and I know every freaking stone on the street and I hate it because I’m like this is so bland and there’s no surprise but on the other hand I can focus. Usually when I’m in Vienna I am so busy, seeing exhibitions, meeting people that I can’t really access my brain so much. I thought a lot about travelling during the show. I think the term holiday was just made up so people would work until they had their holiday. So maybe this whole machinery of holiday wouldn’t be there if people enjoyed their working life more.

WAN: I’d like to circle back to your show at the Museum of Applied Arts. The exhibition series was called Creative Climate Care. What do your works say about the environment and the current world situation regarding travel?

SG: Well, the power of art is that it can say something without making you feel bad about it. You’re part of the conversation and it’s a very important one about climate care. But I don’t think art itself and art production is very sustainable.

WAN: That’s interesting because to me, the whole landscape with the suitcases embedded in this kind of post-pandemic post-travel new natural landscape says a lot about our relationship to nature.

SG: Yeah, it’s very dystopic. I see the show rather as a film or a theatre set, not so much as contemporary art, and the visitors are the actors or the main characters. For me, theatre has a very strong ability to discuss difficult topics. Some art pieces stay in a kind of vacuum where you see them after many years and you still like them. For me, theatre and film is much more connected and I think through these installations I am kind of creating my own film set.

SG: During the lockdown, going to exhibitions and museums was a kind of replacement for travel, like a short trip in my head. You travel and wander a bit through your mind, like a meditation. A change of scenery doesn't have to make you very far away. Maybe it’s within your reach, even in your own city. 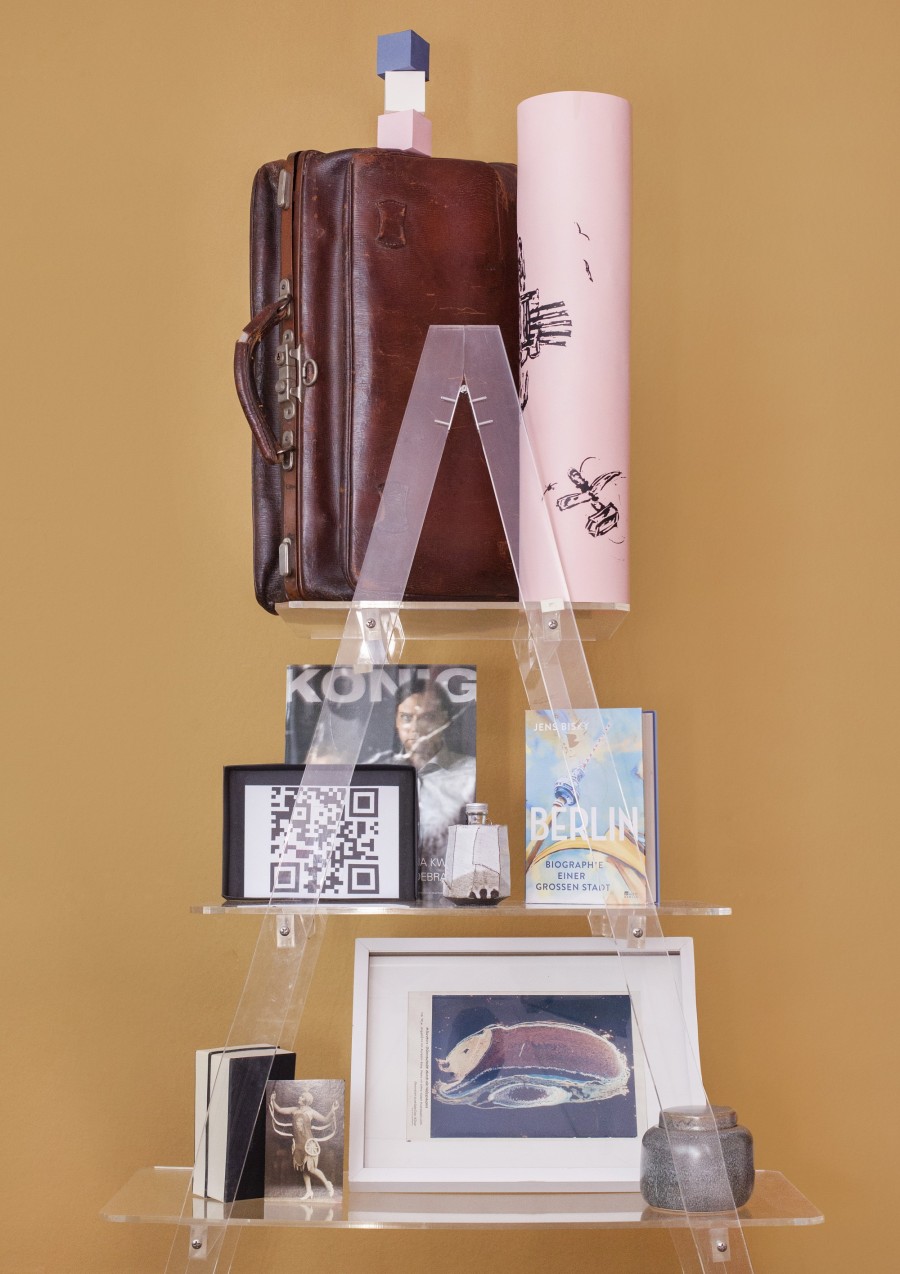 Essence of a place delivered to your space 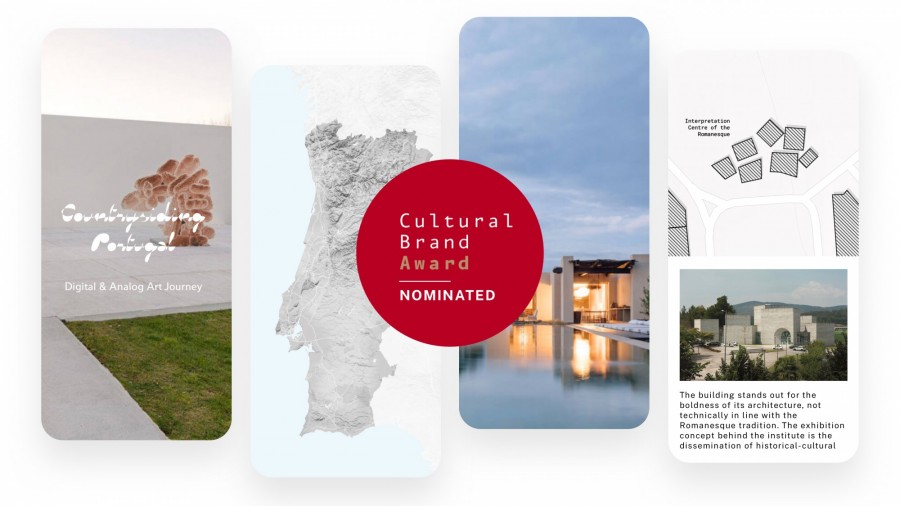 We have been nominated