Walthamstow: The End of the Line

There is a bit of old England in Walthamstow

Walthamstow: The End of the Line

Upon seeing my photographs of Walthamstow, a discerning friend remarked, “It’s like finding a borough in an attic.” One could not describe it better, this borough in the northeast of London.

An attic where the sun streams in through a small scattering of skylights, like those we can find in very old, grand houses, imbuing its relics and souvenirs with a dated light.

And within the mess there is always a certain curious attention. Old objects awaken from their slumber, beside a few treasures buried under an accumulation of years. All it takes is a breath to unveil a lost luster or a faded shine.

There is a bit of old England in Walthamstow, marigold on the windows, the green of moss on the sidewalks, the red and black facades of corner pubs. An array of suburban pinks, yellows and blues line the streets that curve toward the Town Hall. Then there are the psychedelic lights that would make Swinging London pale in comparison, and a slow invasion of those gentrified stone blues and dusty olives that bring young couples the way they do in the fashionable neighborhoods of the capital.

At the very end of Victoria Line, this borough, once a desirable residential village of the ordinary bourgeois, clearly did not escape the skids that befall almost every town with the misfortune of being the last stop on the suburban tube.

A short twenty-five minutes from Victoria Station and fifteen from King’s Cross Saint-Pancras proved too much to pique the curiosity of the Londoners. But how can we blame them? Once aboard, we are plunged at full speed into noise and darkness, as if escaping a state which is not our own.

Lulled like a child on the back of her mother, many fall asleep despite the cries of gears and wind whistling through the windows. This train crosses the zones of Greater London the way others cross continents. And then there we are, in the confines of Zone 3 that we never imagined getting to know. The “end of the world,” the “jungle,” as described too often by Londoners.

Walthamstow’s main street is now flanked by dozens of real estate offices like ticketing booths selling places for a show, their fresh paint smelling of a rising property market. It is the gateway that leads into this borough of peaks, dips, and layers.

Walthamstow is perched on a hill, a sort of Montmartre where on a clear day you can make out the stirring beast that is London in the distance. And just like Montmartre, a garden of flowers and scented plants in full bloom grows on its southern side. The flowers beloved by William Morris whose large and comfortable Georgian villa, now a museum, presides over a typical English park ringing with the sound of children playing and the quacking of ducks.

The William Morris Gallery was the family house of the designer. He was born here in 1834 and spent his childhood here, when Walthamstow was on the edge of Epping Forest. “A pleasant place enough…” tells Morris in his memoir. His house is the reflection of his perfect taste for flowers, stems, and leaves, for arabesques and scrolls, for medieval patterns as well. Room after room, the visitor rediscovers the world’s most comprehensive collection by the father of the Art & Craft movement and Britain's most inspiring textile designer. But more than a designer, Morris was also an idealistic man with political ideas. Socialist, he also fought for preservation of heritage and the environment. Which makes sense in a fifty-fifty borough like Walthamstow. Fifty countryside, fifty urban… Fifty popular, fifty bourgeois...

Thanks to a dynamic foundation the gallery is still a creative place with the active collaboration of an artistic team. Weaving, textiles, woodblock printing, lino, drawing, painting, fabric and tile design, fabric printing and pattern design…. The artistic work of five women is inspired by the soul of William Morris and it helps to keep Morris’s spirit alive.

William Morris Gallery is presenting till May 20th an exhibition by Gayle Chong Kwan. The People’s Forest is an exhibition of new photographic and sculptural work exploring the history, politics, and people of Epping Forest, London’s ancient woodland. The museum features beautiful pictures of secular trees and several artist’s sculptural collages. A very poetic journey between rural and urban.

And once again, this exhibition makes sense because on the other side of the William Morris house are the suburbs, lit by a timid spring sunshine that lends it a tender air of sadness. This is no doubt the reason for the banner that hangs from the nearby Walthamstow Town Hall thanking all those who have contributed to the borough being named “London Borough of Culture 2019”. A touching sign of good manners, which testifies to the gratitude of a population long forgotten notwithstanding its modest pride. Like that of this elderly little English lady with her pastel eyes and fine hair who has lived here all her life and was thrilled by the presence of a foreigner like me in her neighborhood.

We didn't speak too much. Just a few words exchanged on a sunny and shy walk side by side, but I was touched by her kind of pride. “Did you see our William Morris Gallery?” she asked me. My response and my enthusiasm brought a light to her eyes. She just answered, “It's good”. And like a gift, with a wave of her frail hand she showed me the way to escape the ordinary business of the Market Street shopping area, and directs me towards the “old village” on the hill near the church of Saint Mary’s.

I discover Vestry House Museum, an old manor house in this leafy London with its creaky wooden floors and its domestic life and costume gallery, its displays of locally manufactured toys and games and its very particular perfume of old England.
Few steps away, like in an old cinema set is an ancient operetta-style Town Hall, a couple of thatched-roof houses and a revamped street of trendy little shops trying to imitate their siblings in central London. Wine bar, gastro-pub, galleries, fancy restaurant and tea room, the local craft beer shop, bookshop, barber and antiques flourish at almost every corner of the borough. But whilst Chelsea, Notting Hill or Shoreditch do their best to create a small village atmosphere, Walthamstow has difficulty shedding the feeling.

Things are different however a few yards away in an industrial area where local beer companies share there courtyard with a surprising gallery of lights : God’s Own Junk Yard, one of Europe’s largest neon factories which is also the largest stock of vintage neon-signs in Europe. A kind of “little corner of Vegas” said gallery owner Marcus Bracey.

Coming inside this unusual place is like entering into a kind of archaeological cave and watching the walls and ceiling around through a gigantic, colorful, slightly crinkled candy wrapper. In this world of outrageous electric lightings where religion, humor, sex and joy shine with the same soul, some come at teatime to share a funny cake in the funny colors. Like children do.

Some pieces in the collection are famous, coming from the movie industry, and the factory has even made some for films. This family-run business started more than thirty-seven years ago by the father of Marcus Bracey. At the time, the idea was to create a last stop for old signs but not only. Ancient religious statues, old public phones or cabins and several other kitsch objects glow under a salvaging pinkish light. “If the boneyard can do it, we can do it,” the Bracey family used to say. And from Friday to Sunday, the miracle of light is on. Gods Own Junk Yard is definitely a kind of a wonderland of creativity, the last fireworks before heading back to London where everything suddenly turns a little bit boring. There is definitely some magic here, at the end of the line. 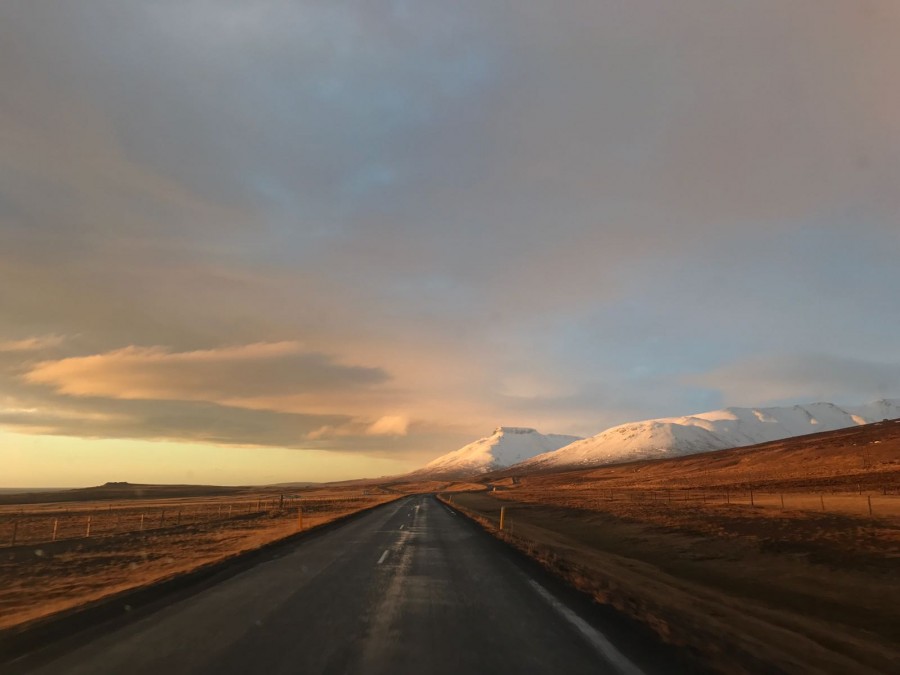 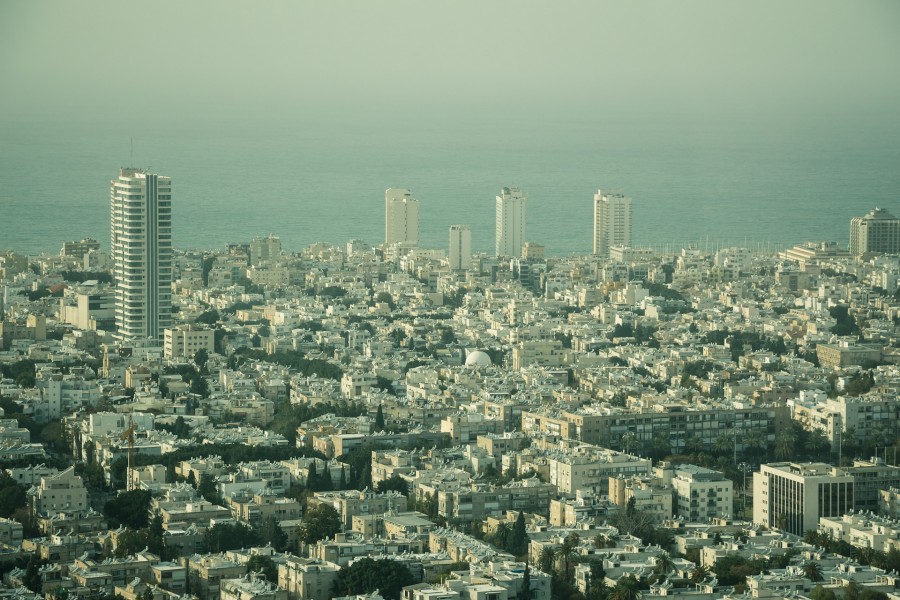